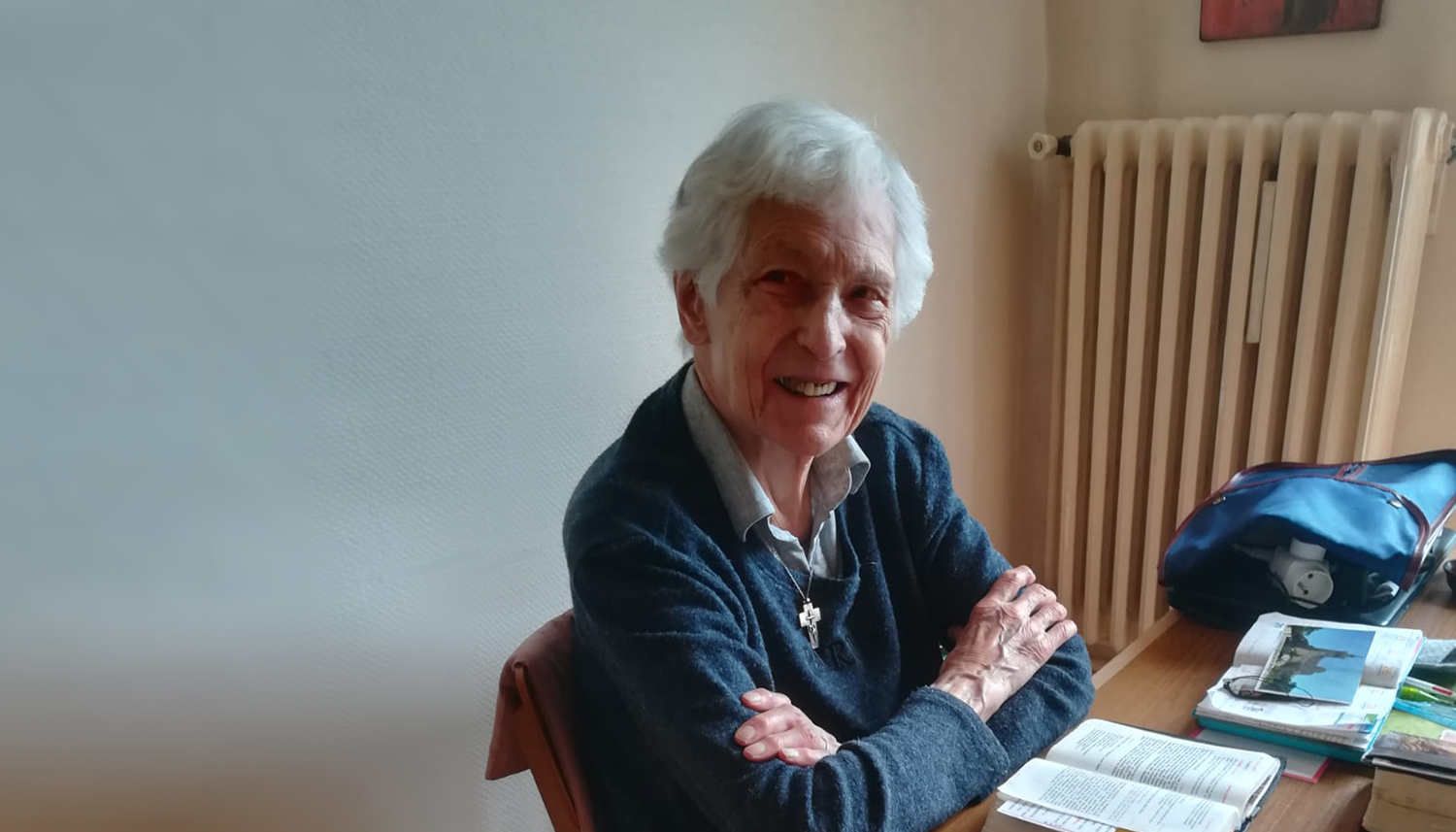 Sister Micheline and Sister Christine were able to go to Paris  for the celebration of Sr. Gabrielle's 70 years of religious life. having received special permission to travel, . It is impressive to realise that she took her first vows in 1951 and that she has lived through so many changes in the Church and the world, especially the time of the Second Vatican Council.

It was a simple and fraternal day, in communion with the sisters of the General Council and with all those who had sent their letters and small gifts. Sister Gabrielle showed us the apostolic blessings she received from 4 popes: Paul VI for 25 years of religious life, John Paul II for 50 years, Benedict XVI for 60 years and Pope Francis for 70 years.

During the moments of prayer that we took together, Gabrielle suggested that we pray with hymns by Didier Rimaud and Patrice de la Tour du Pin which speak to her a lot.

With her, we went through the different stages of her life thanks to cards on which she carefully noted the houses she had visited, the places of retreats she had made each year, the trips and stays abroad...

May the Lord accompany this new stage of life with his peace and love!